The key characteristics of the new Porsche Cayenne models are increased efficiency, sharper design and even more extensive standard equipment. As a sports car, among sport utility vehicles (SUVs), besides offering five seats and extensive high-end features, it primarily offers a lot of room for a lot of driving fun with high performance and typical Porsche design DNA.

Managing Director of Eurocars (Pvt) Ltd, Alexandria Senanayake states “We are extremely excited to launch the new Cayenne range, specifically the all new Cayenne S E-Hybrid model which offers increased efficiency and performance as compared to its predecessor the Cayenne S Hybrid. Porsche has yet again set standards in the area of e-mobility and we are glad to be able to offer not one but both the Porsche plug-in hybrid variants to the Sri Lankan market.”

In its latest version, the Cayenne has an even sharper design. Entirely new are the designs of the front body, the front wings, the bonnet and the new air blades: that efficiently guide cooling air to the intercoolers. The rear section of the new Cayenne was also updated: the layout of the rear lights creates a three-dimensional effect; the brake lights – like the LED daytime running lights in front – are designed in four elements.

In the interior, designers devoted much of their effort to the driver’s space – the driver now gets a new multifunction sport steering wheel with shift paddles as standard; its look and functions are based on the steering wheel of the 918 Spyder.

Power and torque were boosted while improving fuel economy. All new Cayenne models consume significantly less fuel, because of a coasting function, the further advanced “auto stop-start function plus” and optimised thermal management.

The technical progress made with the Cayenne S E-Hybrid is immense compared to the previous Cayenne S Hybrid. The new model has a lithium-ion traction battery with an energy capacity of 10.9 kWh, which enables an all-electric driving range of 18 to 36 km, depending on the style of driving and route topography. The power of the electric motor was more than doubled: from 47 hp to 95 hp. The combined fuel consumption is now 3.4 l/100 km (79 g/km CO2). The three-litre V6 supercharged engine (333 hp) and the electric motor (95 hp) produce a combined system power of 416 hp. This enables driving performance on the level of a sports car: zero to 100 km/h in 5.9 seconds and a top speed of 243 km/h. The top speed in all-electric driving is 125 km/h. The traction battery can be charged from the electric power grid or while driving.

The hybrid tradition at Porsche extends back to the year 1899 and to the Lohner Porsche – the world’s first vehicle to have a battery-powered electric drive as well as a combustion engine, which was designed and built by Ferdinand Porsche. In the current model line-up, the Panamera S E-Hybrid is setting standards worldwide as the first plug-in vehicle of the premium class. The Cayenne S E-Hybrid is now transferring this forward-looking technology to the premium SUV segment. 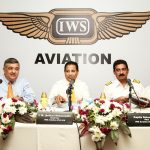 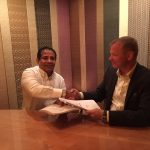 IWS Holdings is proud to announce the appointment of the Volvo franchise in Sri Lanka for Volvo Car Corporation.Updates